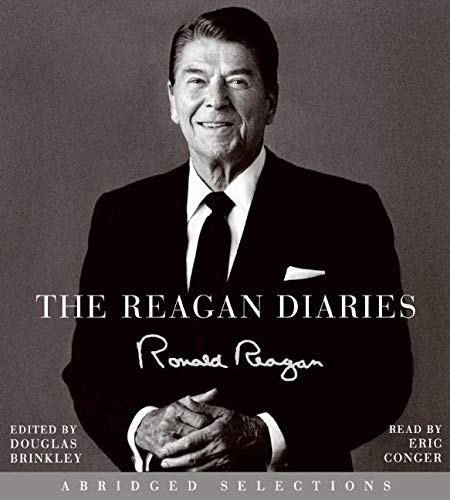 Upon entering the White House in 1981, President Ronald Reagan committed himself to daily journaling for the sake of posterity. As edited by historian Douglas Brinkley and read by Eric Conger, the entries convey a palpable sense of focus and determination. Conger plays down the larger-than-life Great Communicator public persona in favor of a straight-shooting businessman that one might expect to encounter around the table at a Rotary Club meeting in the rural Midwest. As Reagan reflects on such decisions as removing controversial Secretary of State Alexander Haig from office or firing the striking air traffic controllers, Conger skillfully portrays matter-of-fact toughness, though he demonstrates equal command of Reagan's softer side, particularly his expressions of grief during times of national tragedy. The abridgment melds reactions to historically significant events with more routine narratives in a smooth flow, though history buffs will still feel the urge to dig more deeply, and younger listeners not sufficiently schooled in key people and events from the '80s may wish that Brinkley had provided contextual information beyond his introduction.