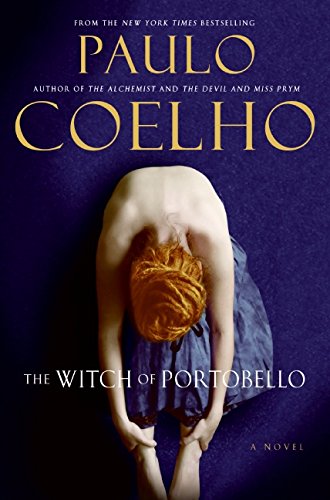 The Witch of Portobello

Multimillion-seller Coelho ( , etc.) returns with another uncanny fusion of philosophy, religious miracle and moral parable. The Portobello of the title is London's Portobello Road, where Sherine Khalil, aka Athena, finds the worship meeting she's leading—where she becomes an omniscient goddess named Hagia Sophia—disrupted by a Protestant protest. Framed as a set of interviews conducted with those who knew Athena, who is dead as the book opens, the story recounts her birth in Transylvania to a Gypsy mother, her adoption by wealthy Lebanese Christians; her short, early marriage to a man she meets at a London college (one of the interviewees); her son Viorel's birth; and her stint selling real estate in Dubai. Back in London in the book's second half, Athena learns to harness the powers that have been present but inchoate within her, and the story picks up as she acquires a "teacher" (Deidre O'Neill, aka Edda, another interviewee), then disciples (also interviewed), and speeds toward a spectacular end. Coelho veers between his signature criticism of modern life and the hydra-headed alternative that Athena taps into. Athena's earliest years don't end up having much plot, but the second half's intrigue sustains the book.