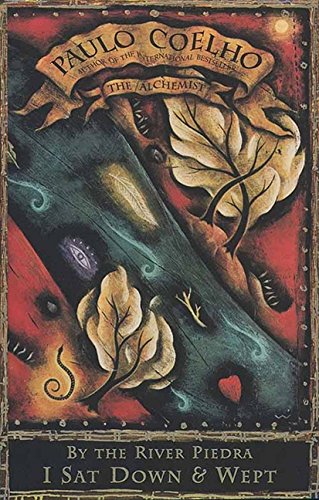 By the River Piedra I Sat Down and Wept

Before James Redfield there was Coelho, whose fiction laden with spiritual messages has proved more popular overseas than here. (The Alchemist, first published in Brazil in 1988 and here in 1993, glanced PW's paperback bestseller list but has sold two million copies in South America.) Though likely to please the author's fans, this new novel, a didactic love story set in modern-day Spain, may not extend his reach. Its heroine is Pilar, 28, who, in the company of her former boyfriend, learns over the course of seven days that ""the spiritual path is traveled by means of the daily experience of love."" That may be music to Coelho devotees, but others will note the surrounding cacophony-the incessant lapsing from narrative into lecture; the stilted characters, who lack motive and verisimilitude (after 10 years of separation, the ex, a former seminarian, now an esteemed miracle worker, invites Pilar for coffee and declares his love for her). Coelho's message, though, informed by his adherence to the Roman Catholic sect of the Order of Ram, is invariably heartfelt and challenging, emphasizing the feminine aspects of the divine and the charismatic aspects of worship. ""Some day,"" Pilar learns, ""people would realize... that we can perform miracles, cure, prophesize and understand."" Whether that understanding will encompass Coelho's reasons for sacrificing dramatic integrity to polemic, and for insisting on cloaking sermons in fictional trappings, remains to be seen. $75,000 ad/promo. (June)
close
Details