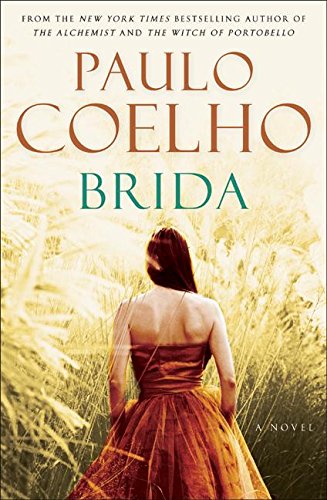 A young Dublin woman searches for her soul mate in this murky spiritual quest from popular bestselling Brazilian novelist Coelho ( ), first published in 1990 and available in English in the U.S. for the first time. Brida O'Fern, 21, discovers she has occult powers and seeks out two masters who will validate her abilities and teach her how to become a true witch. One, the Magus, twice her age, is a teacher in the Tradition of the Sun, who recognizes Brida as his own soul mate, and urges humility. The other is Wicca, her teacher of the Moon, a mature, wealthy woman who advocates senses-altering sex, and who is eager to know what the Magus, with whom she once had a relationship, sees in Brida. For her part, Brida is already in love with Lorens, a modest, unassuming physics student who gradually comes to embrace her spiritual view of the world despite his scientific background. Brida's initiation into magic involves a choice between the two men while staying true to her gift. The relationships and occult elements don't quite mix, and Coelho steers a cluttered path between Christian and pagan visions.