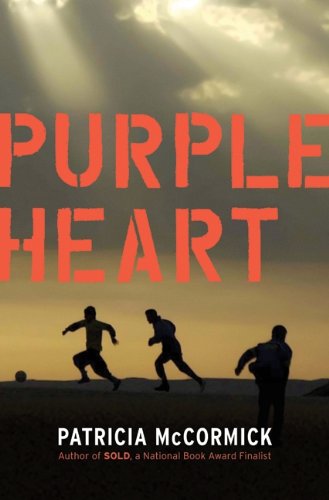 In this suspenseful psychological thriller, 18-year-old Matt Duffy, a private with memory problems following a traumatic brain injury, receives the Purple Heart in Iraq and gradually unravels the contradictory events that led to the honor. McCormick ( ) sharply draws the culture of the Green Zone hospital, the camaraderie of the enlisted men and (via phone calls and letters) the gulf between life at home versus on the front. Friendship, bravado and juvenile antics counteract the soldiers' guilt, paranoia and unease around Iraqis (“ 'Enemy' was the official term. 'Insurgents' was okay, too. Everybody called them hajis, though”). Strong characters heighten the drama, especially likable Matt, but also the sympathetic hospital psychiatrist who balances complicated allegiances and legal obligations, and flinty Charlene, the sole female member of Matt's squad. As Matt remembers more and more, tension builds and he becomes confused about interpretations of the truth (and when to reveal them) within the chain of command. McCormick raises moral questions without judgment and will have readers examining not only this conflict but the nature of heroism and war. Ages 12–up.