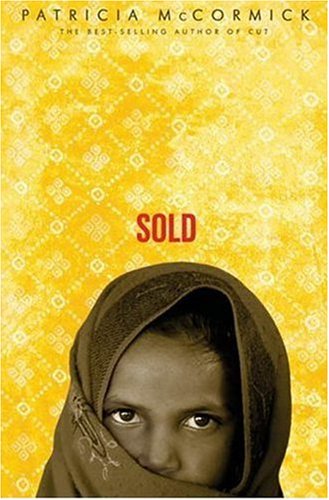 This hard-hitting novel told in spare free verse poems exposes the plight of a 13-year-old Nepali girl sold into sexual slavery. Through Lakshmi's innocent first-person narrative, McCormick ( ) reveals her gradual awakening to the harshness of the world around her. Even in their poverty-stricken rural home, Lakshmi finds pleasure in the beauty of the Himalayan mountains, the sight of Krishna, her betrothed, and the cucumbers she lovingly tends, then sells at market. After a monsoon wipes out their crops, her profligate stepfather sells Lakshmi to an "auntie" bound for the city. During her journey, the girl acquires a visual and verbal vocabulary of things she has never seen before: electric lights, a TV. Soon a hard-won sense of irony invades her narrative, too. Early on, a poem entitled "Everything I Need to Know" marks her step into womanhood (after her first menstrual cycle); later, "Everything I Need to Know Now" lists her rules as an initiated prostitute. In her village, Lakshmi had rebelliously purchased her first Coca-Cola for her mother, after her stepfather sold her; later, in Calcutta, she overhears two johns talking and realizes, "the price of a bottle of Coca-Cola at Bajai Sita's store./ That is what he paid for [a turn with] me." The author beautifully balances the harshness of brothel life with the poignant relationships among its residents; especially well-drawn characters include the son of one of the prostitutes, who teaches Lakshmi to read and speak some English and Hindi, and clever Monica, who earns her freedom but gets sent back by her shamed family. Readers will admire Lakshmi's grit and intelligence, and be grateful for a ray of hope for this memorable heroine at book's end. Ages 12-up.