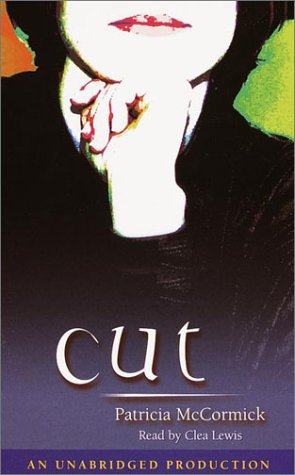 In this adaptation of McCormick's debut novel, Lewis (TV's ) imbues her reading with the cynicism and pain of the book's troubled 15-year-old protagonist, Callie. Callie faces some difficult emotional hurdles as a "guest" at the residential treatment center where she has been sent because she cuts herself with sharp objects. In a flat, unaffected tone, befitting someone unhappy with her situation, Lewis's Callie explains the daily routines and schedules at Sea Pines, the facility dubbed "Sick Minds" by Callie's roommate. Though she doesn't speak to her fellow guests, or even her doctors at first, listeners are always privy to Callie's feelings and her impressions of her surroundings, be it what the anorexic guests don't eat or how the substance abuse guests cope. Details of her stressful, dysfunctional home life trickle out along the way; it's at these points that Lewis's vulnerable voice invites listeners to feel compassion for Callie. As Callie makes breakthroughs with her therapists and comes to better understand her behavior and its causes, Lewis meets the challenge of tearful scenes. Lewis never sounds phony, though, and conveys the hope in McCormick's ending, which suggests Callie's eventual recovery. Ages 12-up.