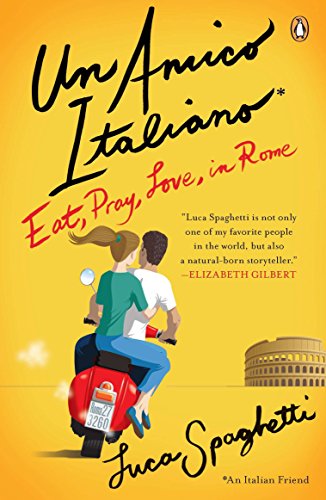 Spaghetti (his real name) met Elizabeth Gilbert, author of Eat, Pray, Love, during her momentous journey through Rome in 2003 and sparked a friendship that deeply inspires this personable memoir about being a Roman. Spaghetti grew up in in that city, lived on Via Gregorio VII, and shares some of the peculiar loves and mannerisms of the dyed-in-the-wool Roman, such as an ironical sense of humor, a laid-back style of work ("the beauty of Rome... distracts us from our working"), a penchant for multicourse meat-heavy meals, a fanatical devotion to the S.S. Lazio soccer team (as opposed to their arch-rivals, A.S. Roma), and Sunday family rituals. As a kid, Spaghetti (who was always embarrassed by his name, although his grandmother insisted it would someday bring him luck) was heavily influenced by American music, especially his hero James Taylor, and later fashioned a rock group named John Horse Quartet by translating into English the leader's name, Gianni Cavallo. After graduating from university, Spaghetti made an impressive journey by Amtrak across the American continent, a trip he delineates with youthful enthusiasm. Back in Rome to become a tax accountant, one of the most "hated and feared" professions in Italy, he met Gilbert and introduced her to such quintessential Roman activities as eating pajata (calf intestines) and cursing at soccer matches. His amicable, colloquial narrative can be seen as a nice companion to hers. (May)
close
Details