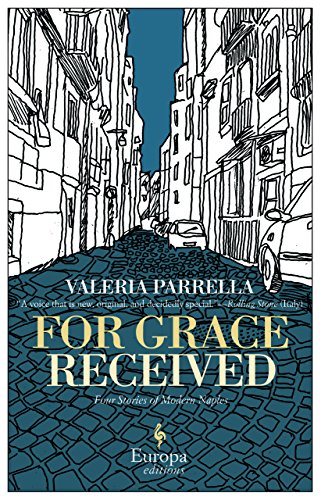 The plucky women in Parrella's second collection of short stories populate a Naples tipping toward depravity. Recalling early Margaret Atwood, the Italian writer employs wry observations from a feminist perspective that isn't afraid of confronting darkness. In the opener, “Run,” narrator Anna uses a terse, sarcastic voice (“I went to the hospital to kill time”) to mask her desperation after she's left by her dead partner with a child and a job in the Naples drug trade. The second story (the only one not featuring a Neapolitan woman) follows a young man who gives up classical guitar and winds up working in a criminal print shop. In “Imaginary Friend,” a married art museum publicist starts a long-distance dalliance while dealing with her daughter's pesky invisible friend; the closing story finds the disarray of a young woman's apartment renovation rivals her love life for title of biggest fiasco. Weaving fully realized fringe characters into the complex pattern of society at large is no easy feat, though Parrella's American debut certainly makes it appear so.