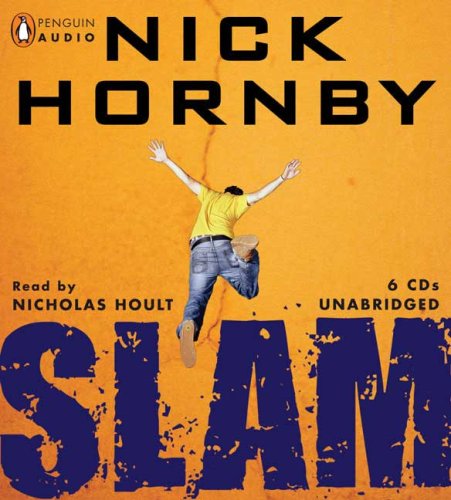 Hoult, who played the part of Marcus Brewer in the screen adaptation of Hornby's , does a credible jobâ€”perhaps too credibleâ€”as Sam, the 16-year-old hero of Hornby's first YA novel. His tone is conversational, and he relates Sam's story about inadvertently getting his girlfriend pregnant, with little variation in emphasis: he's the epitome of the cool, unfazed teen even in the face of impending doom. But the combination of Hornby's authentic dialogue and Hoult's convincing reading produces some passages of teenspeak, especially between Sam and girlfriend Aliciaâ€”â€œDunno/ Me neitherâ€-type reparteeâ€”that is hard-going as entertainment. Hoult adopts a slightly deeper inflection for the part of Tony Hawk, whose poster Sam uses as a sounding board, but, comically, the quintessential California skateboarder speaks his lines (quotes from his autobiography, which Sam has memorized) with a British inflection. Overall, the audio showcases Hornby's skill at getting deeply inside the mind of his character. Sam, the most talkative teen ever to grind a skateboard, says, â€œListen, I know you don't want to hear about every single little momentâ€ and proceeds to recount every single little moment anyway. Ages 12-up.