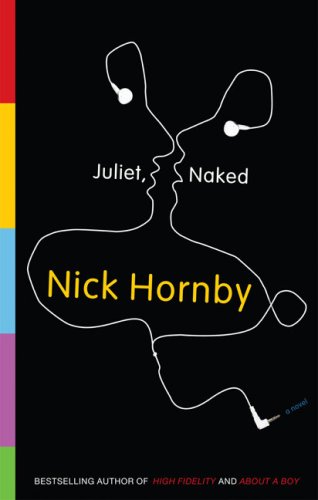 Hornby returns to his roots—music, manic fandom, messy romance—in his funny and touching latest, dancing between three perspectives on fame: a sycophantic scholar, an appreciative audience member, a fabled singer-songwriter who can't see what all the fuss is about. After cult musician Tucker Crowe vanished from the public eye 20 years ago, his small but devoted fan base built up a mythology around his oeuvre and the people and places associated with his storied life. Self-appointed “Crowologist” Duncan has indoctrinated his girlfriend, Annie, on the wonders of Tucker, but when Annie fails to recognize the genius of a newly released version of Crowe's classic album Juliet, their 15-year relationship quickly crumbles. Meanwhile, Duncan's glowing first review is increasingly de-bated, while Annie's deconstructive essay posted on the same Web site earns her a clandestine e-mail correspondence with the reclusive musician. Soon, their exchanges grow more personal; given that Tucker lives in an American backwater and Annie resides in a remote English town, both view their e-mails as a safe flirtation until the dissolution of Tucker's latest marriage and a crisis with one of his several neglected children brings him to Annie's side of the Atlantic. Through brisk dialogue and quick scene changes, Hornby highlights each character's misconceptions about his or her own life, and though Duncan, Annie and Tucker are consistently ridiculous and often self-destructive, they are portrayed with an extraordinary degree of sympathy. Tucker's status of Dylan by way of Salinger allows for an intriguing critique of celebrity fetishization and of the motives behind the eccentricity that comes along with fame. Obviously, this is a must-read for Hornby's fans, but it also works as a surprisingly thoughtful complement to the piles of musician bios and memoirs.