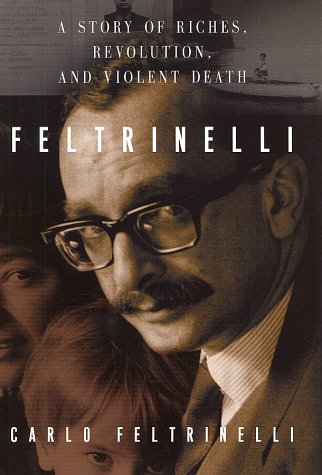 FELTRINELLI: A Story of Riches, Revolution, and Violent Death

Giangiacomo Feltrinelli lived a fascinating life: one of Italy's leading postwar tycoons as well as an active member of the Communist Party, Feltrinelli died in 1972 while trying to commit a terrorist act in the name of breaking down the capitalist system. But the suspense builds slowly in this biography written by his only son, Carlo Feltrinelli, who exhibits little psychological insight in understanding why this scion of a wealthy family might have embraced the left (readers are left to guess that his experience fighting in the anti-Nazi Resistance might have been the impetus). He also devotes little space to examining how Giangiacomo Feltrinelli squared his wealthy lifestyle with his proletarian beliefs, opting instead to detail his father's success in publishing: the Feltrinelli publishing house, of which Carlo is now director, brought out translated works by such influential writers as Boris Pasternak, Jack Kerouac and Che Guevara. While these details of Giangiacomo will be of interest to the publishing cognoscenti, it is only when Carlo pursues his father's involvement in leftist terrorism during the turbulent 1960s—and prints the texts of his father's letters written during that time to him as a young boy—that the book comes to life, at times taking on the quality of a Hollywood thriller. But by then it's too late to persuade readers to care for a man about whom they know little.