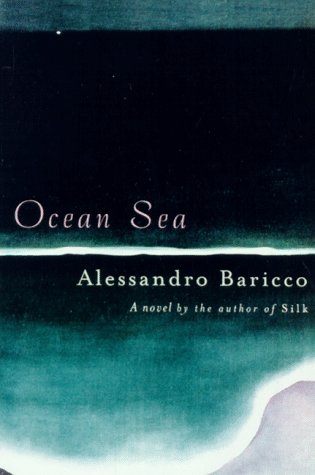 Italian writer Baricco, who wrote this novel before the highly regarded Silk, again delivers a work whose spare, lyrical language and enigmatic episodes culminate in a tale of love and revenge. This story of obsession is a meditation on the sea--its seductive surface and erotic depths with the power to heal or destroy. Mirroring the ebb and flow of the ocean, Baricco's cast of characters complement each other. In 19th-century France, six people are drawn, each for distinct reasons, to a seaside hotel--inhabited only by four precocious, spiritlike children. Researching his scientific book, An Encyclopedia of Limits, Professor Bartleboom seeks the point at which the sea ends; painter Plasson is determined to find where the sea begins. Ann Deveria has been sent by her husband to repent her adulturous ways, while Elisewin, a young, sickly girl, experiences her first love and finds her health restored. Father Pluche, the priest who accompanies Elisewin, discovers the meaning of life; a secretive sailor, Adams, searches for death. For each person, the ""sea is a place where you take leave of yourself"" in search of his or her mystery; yet each character's story of love, betrayal, murder or redemption is revealed to be inexorably entangled with the others' while the sea bears silent witness to their destinies. It is only through the ripples of Adams's vengeful act that each person realizes his or her destiny. Baricco's prose stylistically echoes his central metaphor: his sentences undulating, breaking and subsiding, a mood that translator McEwan maneuvers beautifully. At times this feat is accomplished masterfully; at others the author's hand is all too apparent, eclipsing the delicate mingling of his intriguing characters with their vengeful and poetic twists of fate. (Feb.)
close
Details