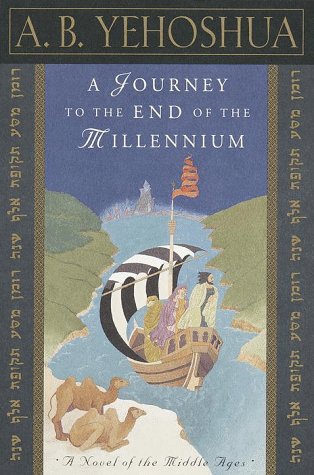 Journey to the End of the Millennium

Eminent Israeli writer Yehoshua (Open Heart) offers a provocative, if somewhat ponderous parable about the birth of modern morality, women's rights and the prospects for Jewish survival. In A.D. 999, Ben Attar, a wealthy Jewish merchant from Tangier, embarks on a perilous voyage to Paris accompanied by his two wives, his Arab partner, a rabbi from Seville and a young black slave. His goal is to convince his nephew and ex-business partner, Raphael Abulafia, that bigamy (common among Arabs and not unheard-of among medieval Jews, we are told) is an honorable practice; that it's possible to love two wives equally and fairly. Raphael's wife, Esther-Minna, a worldly-wise Frankish widow, is morally repulsed by Ben Attar's bigamy, hence the business partnership's rupture. Punctuated by sultry lovemaking scenes and wondrously suffused with the customs, beliefs, food and medicine of the Middle Ages, the novel's spiritual compass navigates between a variety of polarities: the industrious, puritanical north and the sensual, easygoing south; Ashkenazi and Sephardic Jewry; Christians and Jews; and medieval and modern mores. Ben Attar may be a decent, honest man by the standards of his time, but from our vantage point, he is fundamentally self-deluded. His two wives are nameless, veiled, shadowy figures, and he uneasily acquiesces when, on the return voyage, his Arab partner discloses newly acquired human cargo: eight slaves shackled in the ship's hold. That these are fair-skinned slaves only compounds the ironies as Yehoshua explores the anatomy of prejudice, desire, passion and self-righteousness. The overwritten story, which holds up a mirror to our own millennial angst, is nearly shipwrecked by serpentine, stately prose, a near-total absence of dialogue and deadweight descriptive passages. (Jan.)
close
Details