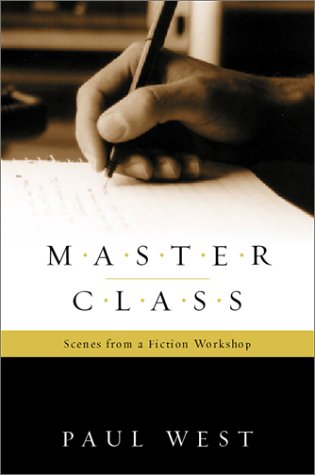 "I am a species of Nero, good at his trade, but fiddling while Literature burns and the amount of it undertaken by successive generations becomes smaller and smaller." So says renowned novelist (, etc.) and revered fiction teacher West as he reflects upon his efforts to inspire 15 students selected for a graduate seminar in fiction writing at an undisclosed university. is a combination of West's descriptions and transcriptions of their class meetings. Two tendencies play off of each other here: while many of the students are already established writers, West speaks as if they might be approaching English for the first time ("English... is full of invisible words such as and and — is the American vice, poor substitute for lyrical deployment over a full skein of grammar"); on the other hand, West also assumes an immense knowledge of world literature, philosophy and music. In each chapter, West considers a student's original work, often riffing brilliantly upon his/her literary influences, pop culture in America (such as and ) and the very nature of writing itself. Though he speaks idealistically about the writing process, West nonetheless shrewdly assesses each student's publishing potential, though usually only to himself (e.g., "This verbal fecundity... promises Dimitri a difficult publishing career"). One's head may be reeling by the end of this work from the sheer force of West's brain power, the range and rapidity of his literary references, and the cleverness of his spontaneous pedagogical metaphors. But reading this work is almost like participating in the seminar, without actually having to share one's own writing with the class and without the vulnerability that that necessarily entails.