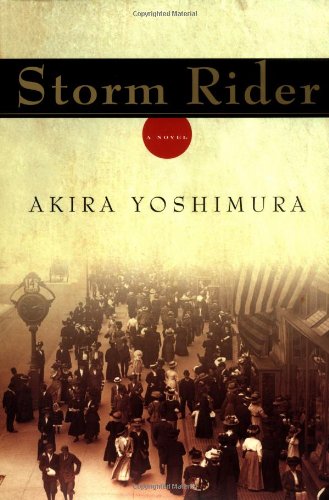 Set in the mid–19th century, this fourth of Yoshimura's novels to be translated into English tells the astonishing story of a 13-year-old Japanese boy who becomes a castaway, is rescued by an American ship and brought to San Francisco, and finally returns years later to his native land. Unfortunately, while the circumstances the narrative covers—storms at sea, unspeakable privations, violent rebellions on several continents, amazing coincidences and ironic reversals—are dramatic and surprising, the novel itself is written (or perhaps translated) in dry circumstantial detail, wooden in affect. Born in a small village on an island on the Inland Sea, Hikotaro, aka Hikozo and Joseph Hiko, traverses more than oceans in a lifelong voyage. He faces the cultural dislocations of an alien in American society and the violent enmity of his countrymen when he returns to Japan as a Westernized employee of the U.S. consulate. His life spans the Taiping Rebellion in China, the U.S. Civil War and the turbulent period before the Meiji Restoration in Japan. Along the way he meets three U.S. Presidents—Pierce, Buchanan and Lincoln—travels with Commodore Perry's fleet, is promised a job by Secretary of State William Seward and crosses paths with many other notable people. After returning to his homeland, he founds Japan's first newspaper and uses his skill in English to succeed in several businesses. But beneath his achievements lies the sadness of a man without a country. Readers can't fail to find the novel's historical details fascinating, but its protagonist and his shipmates, whose exhaustively detailed experiences are also interpolated into the narrative, lack emotional depth, and Yoshimura's matter-of-fact prose fails to sustain dramatic tension.