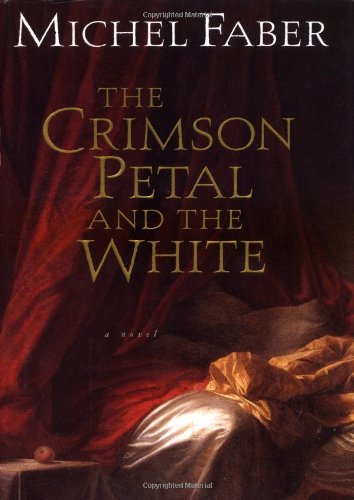 THE CRIMSON PETAL AND THE WHITE

Faber's bawdy, brilliant second novel tells an intricate tale of love and ambition and paints a new portrait of Victorian England and its citizens in prose crackling with insight and bravado. Using the wealthy Rackham clan as a focal point for his sprawling, gorgeous epic, Faber, like Dickens or Hardy, explores an era's secrets and social hypocrisy.

William Rackham is a restless, rebellious spirit, mistrustful of convention and the demands of his father's perfume business. While spying on his sickly wife's maid, whom he suspects of thievery, he begins a slow slide into depravity: he meets Sugar, a whore whose penetrating mind and love of books intrigues him as much as her beauty and carnal skills do. Faber () also weaves in the stories of Agnes, William's delicate, mad and manipulative wife, and Henry, his pious, morally conflicted brother, both of whom seek escape from their private prisons through fantasies and small deceptions. Sin and vice both attract and repel the brothers: William, who becomes obsessed with Sugar, rescues her from her old life, while Henry, paralyzed by his love for Emmeline Fox, a comely widow working to rescue the city's prostitutes, slowly unravels.