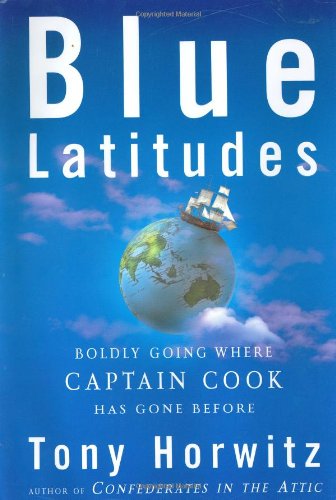 BLUE LATITUDES: Boldly Going Where Captain Cook Has Gone Before

In an entertaining, informative look at the life and travels of Capt. James Cook, Horwitz (; ) combines a sharp eye for reporting with subtle wit and a wonderful knack for drawing out the many characters he discovers. The book is both a biography of Cook, the renowned 18th-century British explorer who's widely considered one of the greatest navigators in maritime history, and a travel narrative. On one level, Horwitz recounts Cook's rise from poverty in a large family in rural England to an improbable and dazzling naval career that brought him worldwide fame. On another, he tells his own story of following in Cook's wake, visiting his far-flung destinations (with the exception of Antarctica) and investigating his legacy. It is satisfying in both regards, as Horwitz skillfully paces the book by intertwining his own often amusing adventures with tales of Cook and his men. Despite the historical focus, Horwitz doesn't stray too far from the encounters with everyday people that gave his previous books such zest. His travels bring him face-to-face with a violent, boozing gang of Maori New Zealanders called the Mongrel Mob, who are violently critical of Cook, arguing that "Cook and his mob, they put us in this position," Moari activists "wonder[ing] at those who would honour the scurvy, the pox, the filth and the racism" that they feel he brought to their island, and the King of Tonga, who couldn't seem to care less about what the explorer meant to his domain. With healthy doses of both humor and provocative information, the book will please fans of history, exploration, travelogues and, of course, top-notch storytelling.