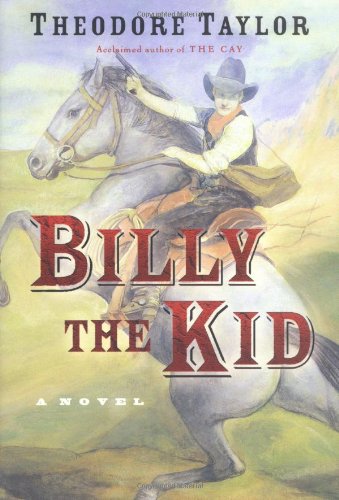 Billy the Kid: A Novel

Taylor's ( ) sure-footed tale casts the legendary outlaw in a positive light, presenting him as a likable, gutsy gunslinger. In Arizona Territory in 1881, 19-year-old Billy Bonney is down on his luck—and down to his last dollars. A cagey fellow arrives in town with his two sons, identifying himself as Art Smith. After seeing Billy's accurate and quick shot, Smith offers him a job—helping them rob a train. The kid accepts, viewing it as the only way for him "to make his own grab at a future." Billy contrasts his life to that of his cousin and best friend, Willie, who is married to the smart and sassy yet "refined" Kate (on whom Billy himself was and still is sweet) and owns a sprawling ranch. The Smiths and Billy pull off the heist and escape with a bundle of loot. But one of the passengers recognizes Billy and reports him to the recently elected sheriff—Willie. This sets the scene for ample psychological and physical drama, which Taylor builds smoothly as Willie sets out to track down Billy. Adding further tension to the hunt is Art Smith's resolve to find Billy (who doublecrossed Smith), and Willie's nemesis, who's angling for the sheriff's job. Readers will hang on anxiously and eagerly as the plot gallops to a satisfying if sad showdown. Taylor smoothly fuses solid storytelling with the stuff of legend. Ages 12-up.