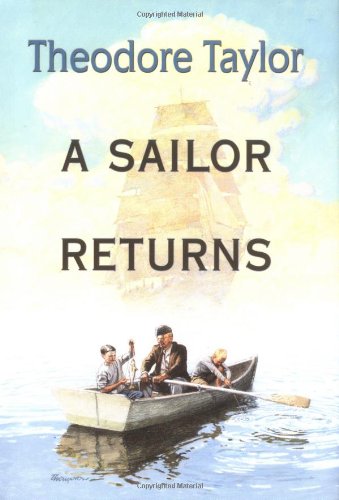 In a tender story by veteran writer Taylor (; ), set in coastal Virginia in the summer of 1914, 11-year-old Evan, a small boy with a clubfoot, awaits the arrival of his long-lost maternal grandfather. Evan's mother, initially uneasy about seeing her father after a 30-year absence, refers to him as just a "fishing scalawag." But when 70-year-old Tom, also small in stature with a limp of his own, steps off the train from Brooklyn, he turns out to be Evan's salvation. When Evan comments, "We'll look funny walking beside each other," his grandfather replies, "We'll walk proudly, Evander, and pay no attention to others; I never have." The two bond over fishing, boatbuilding and exotic sea stories. Tom tells Evan that "most things are possible," providing him with an antidote to the bullying of a classmate and to his own father's sternness and insensitivity (he refers to Evan as a "cripple"). In the novel's one stretch, Tom is accused of murder, which precipitates his confession of a dark secret; everyone's lives are affected, ultimately for the better. Taylor proves once again his ability to evoke affecting characters and complex relationships with his signature spare prose. Ages 8-up.