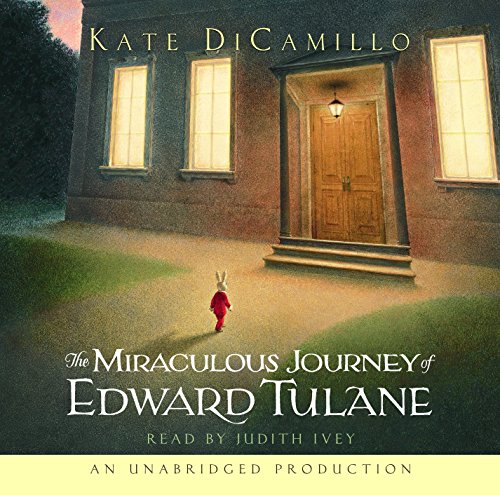 The Miraculous Journey of Edward Tulane

Equal parts fantasy and old-fashioned heart-tugger, DiCamillo's ( ) timeless tale about the adventures of a china rabbit proves fine material for family listening in the capable hands of actress Ivey, who brings deeper hues of emotion to an already colorfully original script. China rabbit Edward Tulane is a dapper, rather full-of-himself fellow, never appreciating the love heaped on him by his 10-year-old owner Abilene. But when Edward is tossed overboard during a trans-Atlantic voyage with Abilene's family, he discovers that his own complicated journey is just beginning. Ivey provides a stalwart, straightforward narration and additionally proves an agile player, delivering the accents and voices of the variegated cast that drifts in and out of Edward's life. As Ivey brings Edward's travels full circle, listeners will wholly believe his subtle yet magical transformation. Ages 7-up.