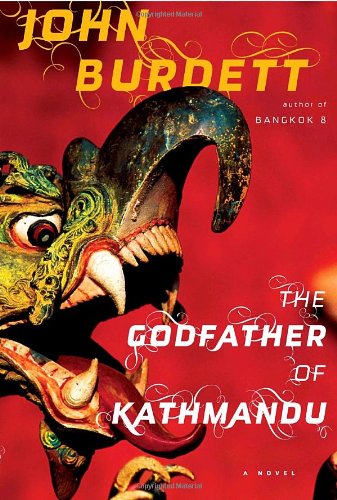 The Godfather of Kathmandu

The vivid portrait of 21st-century Thailand in part redeems the meandering plot of Burdett's fourth thriller to feature corrupt Bangkok police detective Sonchai Jitpleecheep (after ). Jitpleecheep, a marijuana-smoking Buddhist whose marriage collapsed after his young son's death, investigates the peculiar murder of Frank Charles, a Hollywood director who regularly visited Thailand to sample the sexual delights offered by its young women. Someone disemboweled Charles, then cut his skull open and dined on his brains. Among the victim's books at the crime scene are and . Too much musing on spiritual awakenings and Tibetan philosophy as well as commentary on mundane details of daily life distract from the search for Charles's killer and a related subplot involving the heroin-smuggling operation controlled by Jitpleecheep's boss, Colonel Vikorn. Hopefully, Burdett will regain his usual narrative snap next time.