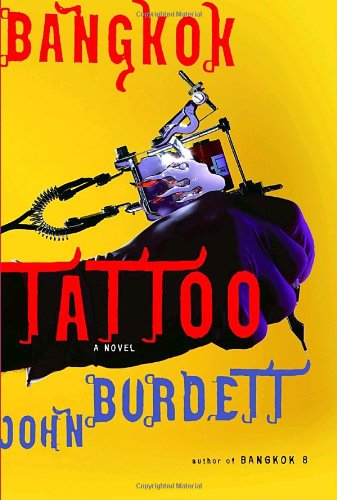 In Burdett's brilliantly cynical mystery thriller, the follow-up to (2004), Royal Thai police detective Sonchai Jitpleecheep is called in by his supervisor, hard-bitten Captain Vikorn, to investigate the murder of a CIA operative, Mitch Turner, found disemboweled and mutilated. The prime suspect is a beautiful bar girl, Chanya, with whom Sonchai believes himself to be in love. When Turner's murder turns out to be far more complicated than originally thought, Sonchai must deal with his boss's rages and Chanya's gradually revealed secrets, along with CIA agents who have come to investigate the crime, a Thai army general with whom Vikorn has been feuding for years, Yakuza gangsters, Japanese tattooists, Muslim fundamentalists and more. Thoroughly familiar with Thailand, Burdett does an impressive job of depicting an often romanticized society from the inside out. His characters are unforgettable, his dialogue fast-paced and perfectly pitched, his numerous asides and observations generally as cutting as they are funny.