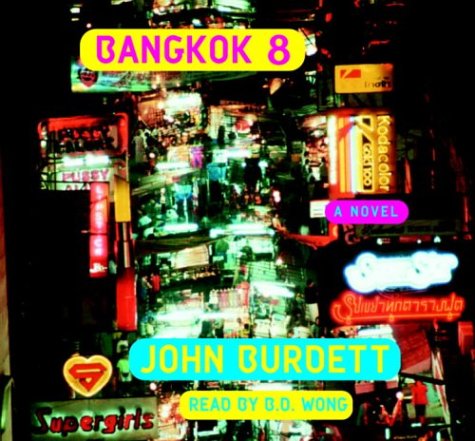 Set in Thailand's capital in the mid-1990s, this ambitious first novel by Burdett () follows the city's only honest police detective, Sonchai Jitplecheep, as he searches for the person responsible for the deaths of his partner (a friend from childhood) and an American Marine sergeant. This thriller abounds with sensational elements—from homicidal vipers on speed to jade smuggling and the Thai sex trade—but listeners would be wise to follow the lead of Buddhist narrator Sonchai, who is more interested in the graceful acceptance of life's puzzles than in their resolution. The policeman's account of his harsh life and what he must do to serve both the Buddha and his teeming, decadent city enriches the novel, but those fond of neatly wrapped tales may find the surreal but shocking finale less than satisfying. The inspired casting of Wong, who's known for his roles in and , more than makes up for this small flaw, however. Wong skillfully conveys the secret pain and self-doubt lurking beneath Sonchai's insouciant facade, while underlining the Eastern mood and the dark humor of Burdett's unique noir tale.