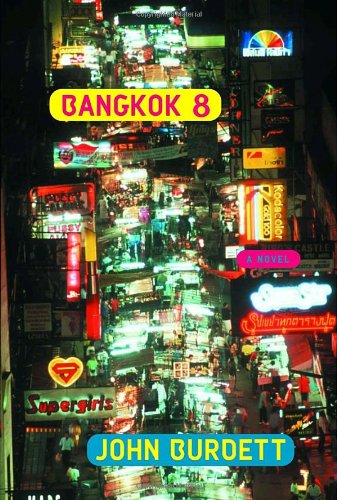 Part mystery, part thriller and part exploration of Thai attitudes toward sex, this accomplished first novel by Burdett (; ) delivers both entertainment and depth. The narrator, a Buddhist cop named Sonchai Jitplecheep, finds himself plunged into a dangerous investigation of the deaths by snakebite of his partner Pichai Apiradee and U.S. Embassy Sgt. William Bradley. Sonchai is an unusual character on several levels, from the mysteries of his violent past to his conversations with the ghost of Pichai. His ambiguous feelings toward Kimberley Jones, an American FBI agent brought in to work the case, reflect his upbringing as the child of a Thai mother and an unknown American father. Above all else, however, Sonchai's Buddhism permeates the text. An encounter with an embassy official, for example, leads to this unexpected reverie: "[She] is blithely unaware that she once accompanied me across a courtyard of startlingly similar dimensions, thousands of years ago." As Sonchai's investigation brings him closer to Bradley's companion, a woman known as Fatima, and the rich American jade dealer Sylvester Warren, his quest for revenge becomes muddied by the strangeness of his discoveries. The mix of detective work, Bangkok street life, the Thai sex trade and drug smuggling forms a powerful mélange of images and insight. Despite an anti-climactic last chapter, the novel's structure is solid. Sonchai's fatalism, wry humor and dogged determination—his ability to be both vulnerable and strong—make him one of the more memorable characters in recent novel-length fiction. Readers expecting a traditional mystery structure would be advised to look elsewhere, but those who want something new will find Burdett's novel an intriguing, fresh take on noir.