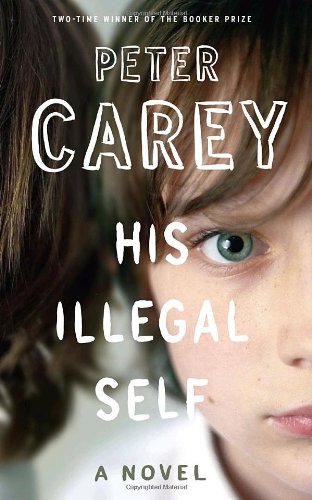 Carey, who has made a career out of boring into the psyches of scoundrels, delivers a cunning fugitive adventure set largely in the wilds of Australia. Raised by his boho-turned-bourgeois grandmother on New York's Upper East Side, Che Selkirk, seven years old in 1972, hasn't seen his Weathermenesque parents since he was a toddler, but when a young woman who calls herself Dial walks into Che's apartment one afternoon, he believes his mother has finally come. Within two hours, Dial and Che are on the lam and heading for Philly as Che's kidnapping hits the news. Unexpected trouble strikes, and soon the boy and Dial, who doesn't know how or if to tell Che that she is only a messenger who was supposed to escort him to meet his mother, land in a hippie commune in the Australian outback. The novel sags as Dial, with the help of local illiterate “feral hippie” Trevor, tries to make the primitive living situation work; the drama consists largely of commune infighting and the travails of living without running water, but the narrative eventually regains its thrust and barrels toward a bang-up conclusion. While this novel lacks the boldness of or the sweep of , it's still a fine addition to the author's oeuvre.