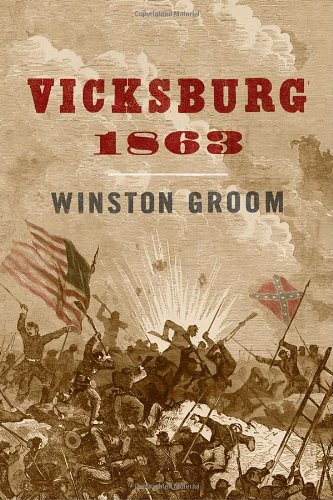 Groom’s approach to the Civil War follows the examples of Bruce Catton and Shelby Foote. It features learning lightly worn presented in a narrative format that engages even though the outcome is known. Groom’s conclusion that the Confederacy was best advised to seek terms after Vicksburg’s fall sealed the rebels’ fate is reasonable. But it is eclipsed by his compelling depiction of two improvised armies, each fighting, in James McPherson’s words, “for cause and comrades.” Both had to learn the craft of war, and blood was the price of ignorance. Personalities like William Tecumseh Sherman and John Pemberton, the Confederate general from Pennsylvania, vie for place with Benjamin Grierson’s dramatic cavalry raid through Mississippi and the death grapple of Union and Confederate Missourians at Vicksburg. Grant, however, remains the central figure. His approach was a combination of improvisations. If something failed, like the costly attack on Chickasaw Bluffs, he tried something else until he finally put in place the siege that decided the Civil War. Groom presents grand events from a human perspective, introducing a spectrum of colorful characters. Maps.