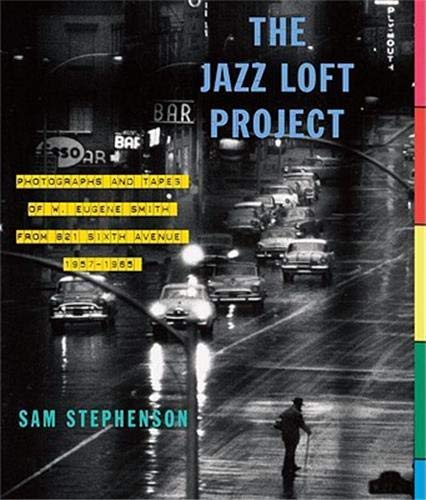 After having a breakdown in the midst of working on a photo-essay on Pittsburgh in 1957, legendary photographer W. Eugene Smith holed up in a loft in New York's Chelsea, in the Tin Pan Alley area. There, over the next several years, he became deeply embroiled in the New York City jazz scene, opening his home as a practice and performance space for some of the great artists of mid-century jazz, including Thelonious Monk, Zoot Sims and many others. Of course, he took pictures—both of musicians and of a window-size view of mid-century New York—and also wired the place for recording, logging hours and hours of tape, capturing the music and the talk around it. These photos and tapes had been thought lost—the stuff of rumor, buried in Smith's archive—until Stephenson dug them out and culled the best, along with transcriptions of material from the tapes, for this landmark book. Smith's stunning use of contrast makes figures like Monk seem dramatic and completely ordinary at the same time. The photos of the city offer a rare glimpse into a neighborhood being itself when it thought no one was watching. This will be an essential book for jazz fans, photography lovers and those interested in the history of New York.