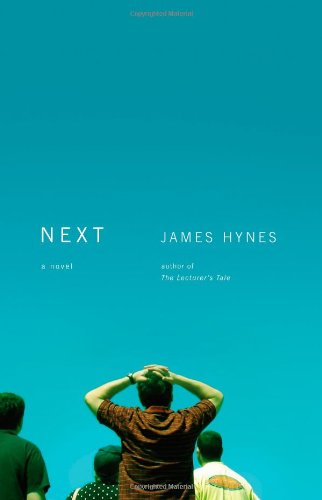 In this funny, surprising, and sobering novel, Hynes ( ) follows Kevin Quinn, who has flown to Austin, Tex., for a job interview at the height of a terrorism scare. Kevin, an editor at the University of Michigan, has grown as frustrated by academic politics as he is by his relationship with his shallow girlfriend. On the flight, he sits next to Kelly, a beautiful and enigmatic young woman who reminds him of a great lost love of his youth. With time to kill before his interview, Kevin spends the first half of the novel surreptitiously following Kelly around Austin while reminiscing about his misspent youth and failed relationships. The casual but persistent self-absorption of Kevin's reveries is both funny and off-putting, and when contrasted with the threat of terrorism and his shadowing of the young woman, gives the novel a creepy energy that fully kicks in after Kevin is knocked unconscious, and Hynes pushes the plot into unchartered territory. The final 50 pages are unlike anything in the recent literature of our response to terrorism—a tour de force of people ennobled in the face of random horror.