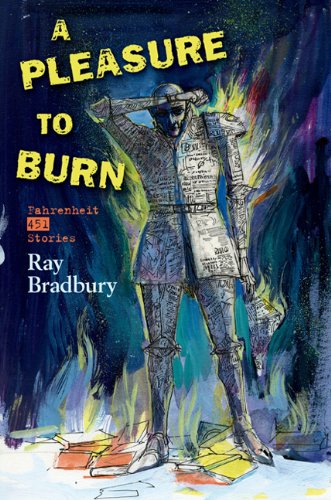 A Pleasure to Burn: Fahrenheit 451 Stories

Editors Donn Albright and Jon Eller assemble 16 stories that span six decades of Bradbury's extraordinary career in an insightful thematic expansion of his famous 1953 novel of state-sanctioned book burning. The longer, slower stories “Long After Midnight” and “The Fireman” are revealing precursors to itself, but the real gems are the shorter stand-alones, such as “The Reincarnate,” in which a recently dead man experiences a harsh rebirth and desperately seeks out his own widow; in “The Mad Wizards of Mars,” the red planet is inhabited by all the authors and characters from literature destroyed on Earth; and three intense interconnected pieces: “The Dragon Who Ate His Tail,” “Sometime Before Dawn,” and “To the Future.” An essential addition to the bookshelf of every Bradbury fan, the collection is also accessible to curious readers with a taste for the dark, the strange, and the macabre.