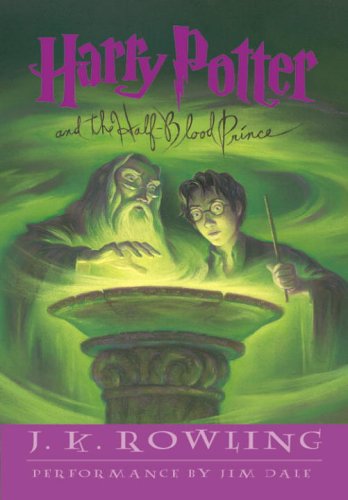 Dale gets his A game on once again, returning to the wizarding realm where his previous visits have earned him accolades that include a Grammy. By this sixth installment, Dale has created well over 130 different voices, shifting easily from his own slightly Americanized British accent to distinctive Scottish, French and regional English takes. In addition to keeping stars Harry, Hermione, Ron, Dumbledore and Hagrid firmly identifiable and in the fore this time, he serves up a delightful spin on Professor Horace Slughorn, the new teacher at Hogwarts. Slughorn's smarmy tone and Dale's guttural delivery are a winning and memorable combo. As Harry's saga darkens and his adventures become more perilous, Dale also gets to explore deeply villainous voices—with evil hisses and sharp edges—more than ever (but we won't tell you whose). Ages 9-up.