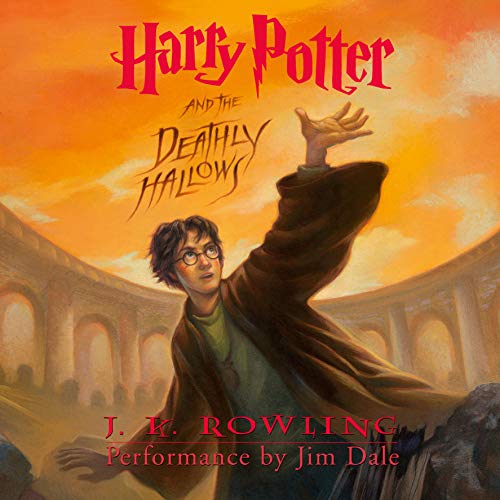 Harry Potter and the Deathly Hallows

Daletackles Harry's last hurrah with the same undercurrent of excitement and mind-boggling roster of distinct character voices that he brought to his previous six performances. Less of the Hogwarts setting, and a more dangerous quest for Harry and his friends, means that Dale has less jocularity to work with here (something at which he excels), but he does not disappoint in conveying both the heart-rending drama and sense of closure of Rowling's final Potter outing. Late in the recording, when Harry realizes his fate and Rowling's plot twists fly, Dale is at the top of his game, drawing listeners into the orbit of his comforting voice. Throughout, Harry and his friends appropriately sound a bit older than they did in the early volumes, and it's hard to know whether it's imagined or not, but there's a hint of wistfulness in Dale's voice, perhaps because both narrator and listener know it's the last time they'll be together for a new Potter adventure. The CD packaging, which makes extensive use of Mary GrandPré's spot illustrations and cover art on the discs and sleeves, is also a treat for fans. Ages 10-up.