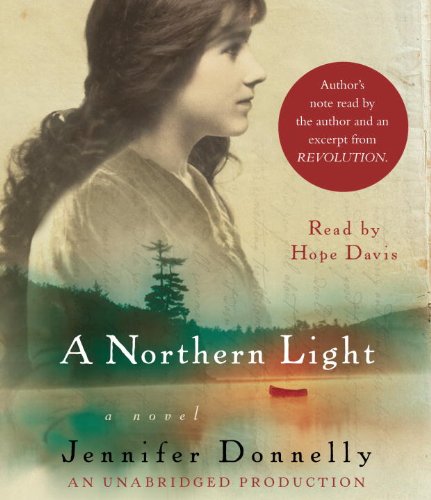 Davis adds to an audiobook oeuvre distinguished by her skill at portraying young heroines with great emotional depth. Here she steps into the character of 16-year-old Mattie Gokey, the determined, likable protagonist of Donnelly's first YA novel, inspired by a 1906 murder in New York state. A gifted student, Mattie has an ear for words and a desire to become a writer. But college—and a writing career—seem out of the question, as Mattie has promised to fulfill her late mother's dying wish: that Mattie never leave her father and younger siblings. The picture brightens when Mattie's family comes to support her dreams and she takes work at a hotel for the summer. However, when a young woman staying at the hotel drowns mysteriously, after secretly entrusting Mattie with a packet of her letters, the summer and Mattie's future take an intriguing turn. With her soft, slightly girlish voice, Davis makes Mattie thoroughly believable. Via Davis's interpretation, listeners will be captivated by Mattie's humor and wit as well as by the conflicted feelings she experiences on the cusp of womanhood. Davis's roster of distinct supporting characters helps anchor the story in its time and place, and the tale's true-crime roots add both suspense and gravity to the proceedings. Ages 12-up.