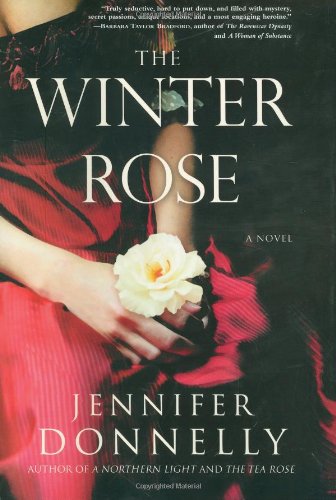 In late Victorian London, idealistic new medical school graduate India Selwyn Jones goes to work at a clinic in the city’s poorest neighborhood, much to the dismay of her aristocratic mother and ambitious fiancé, political up-and-comer Freddie Lytton. The squalor a bit much for India, but she manages to keep her emotions under control until she meets underworld crime boss Sid Malone. Sid begins as India’s nemesis, becomes her patient and ends up something much more than that. What India doesn’t know is that Sid is the brother of tea heiress Fiona Bristow, wife of self-made, highly principled businessman Joseph Bristow. What Sid doesn’t know is that India’s fiancé is as ruthless as Sid’s most ruthless henchman, willing to commit theft, betrayal and even murder to launch his career, force India out of hers and bring down Sid in the process. In typical epic style, Donnelly ( ) alternates India’s story with Sid’s, Freddie’s, Joseph’s and Fiona’s, leading the reader through turn-of-the-century England from the Houses of Parliament to ale houses and whore houses, and from London to Africa and beyond. It’s all familiar stuff, but Donnelly’s passion and energy will keep readers turning the many pages, rooting for India and the gruff underworld boss she loves.