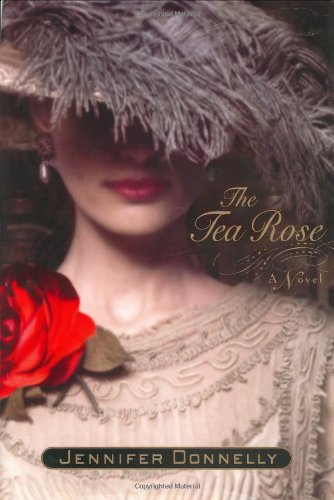 Donnelly indulges in delightfully straightforward storytelling in this comfortably overstuffed novel. In 1880s London, the squalid Thames-side neighborhood of Whitechapel is home to Fiona Finnegan, spunky daughter of Paddy Finnegan. Both are employed by unscrupulous tea merchant William Burton, but Fiona is saving to start a shop with her love, Joe Bristow. Just as her future seems assured, a string of tragedies toppledher hopes. Joe is tricked into marriage to another woman, Burton has Paddy killed for supporting a labor union, Fiona's mother is murdered by Jack the Ripper and Fiona's distraught brother is found dead in the Thames. Fiona had been attempting to get compensation from Burton for her father's death, but when she overhears his boasts of killing Paddy, she must flee for her life with her sole remaining brother, five-year-old Seamie. She rushes to a seaport, but cannot get passage until the wealthy dandy Nicholas Soames offers it, pretending she is his wife. The scene switches to New York City of the Gay '90s, to the glitter of Delmonico's, the elegance of Gramercy Park and the crowded tenements of downtown. Fiona lodges with her alcoholic Uncle Michael and saves both him and his grocery on her way to making her fortune in the tea industry. But she never forgets her family's fate, and when she can, she returns to England to revenge herself on Burton. Though Donnelly's indomitable heroine steps out of period character from time to time—her easy acceptance of Soames's homosexuality is particularly unlikely—the novel's lively plotting, big cast of warmly drawn characters and long-deferred romantic denouement make this a ripping yarn. In the final dramatic settling of scores, Donnelly even ventures to unmask Jack the Ripper.