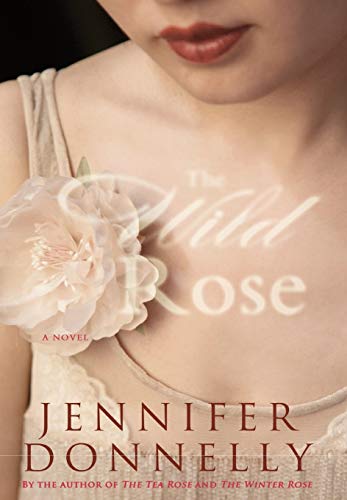 The conclusion to Donnelly's Rose trilogy that began in 1880s England moves to London on the brink of WWI, with a one-legged (she lost the other climbing Kilimanjaro) English beauty who enchants the Dalai Lama, accompanies Lawrence in Arabia, and outwits a German spy. But for all her accomplishments, Willa Alden struggles with her feelings of love for explorer Seamus Finnegan, who saved her life by carrying her wounded off the mountain. She can't forgive him for that, in despair over what she believes is the end of her adventurous life. Seamus marries to forget Willa, but the ploy doesn't work and they meet again in London. Added to the mix is charming, dangerous, spymeister Max von Brandt, who wrecks havoc and commits murders in high society. Implacably energetic, Donnelly (The Tea Rose; The Winter Rose) treks readers through London, Africa, Asia, and Antarctica, but its Willa's Middle Eastern desert wanderings that give the novel epic pretensions. Donnelly re-casts "Lawrence of Arabia" as modern romance, placing her derring-do heroine at the center of iconic images of the era: Willa lectures the Bloomsbury group about Everest and photographs the Arab uprising before the Turks take her prisoner. Seamus, not to be outdone, crosses Antarctica with both Shackleton and Amundsen, then fights at Gallipoli. Forget logic, (dead characters don't always stay dead) suspend belief, and enjoy the ride: 600-plus pages of romance, harrowing exploits, cinematic backdrops, cliffhangers, and plot twists. (Aug.)
close
Details