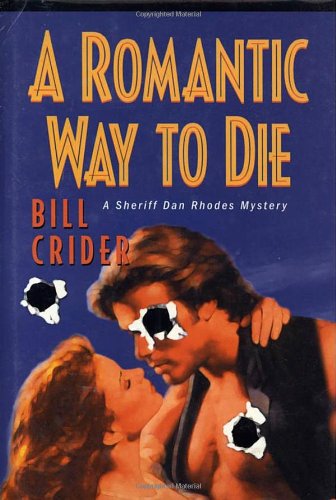 A ROMANTIC WAY TO DIE: A Sheriff Dan Rhodes Mystery

Clearview, Tex., may seem a far cry from the shire-like coziness of England, but it has its smalltown gossips and eccentrics, even a ghost who for some reason prefers the county jail to a gloomy mansion, in Crider's 11th easy-going Sheriff Dan Rhodes procedural (; ; etc.). Rhodes is a likable, low-key lawman, tough as, and when, he has to be. In this case he finds himself investigating two murders at a convention of romance novelists who have arrived in Blackin County. One of the victims is Terry Don Coslin, beefcake male star of many a paperback cover, who grew up in the county. Except for his apparently having slept with almost every woman at the convention, it's unclear why anyone wanted Terry Don dead. The first victim, Henrietta Bayam, is another story. Cattily, she let it be known that she was writing a novel in which she exposed her romance-writing colleagues for all their shortcomings. Before Rhodes is done, he will learn these ladies play rough. He is shot at, clubbed and nearly burned alive. A methodical man, the sheriff credibly solves the crimes. The author has missed a chance by presenting only the surface of the people who inhabit the romance world, though it may be he was being careful not to make anyone too identifiable. Still, there are enough Texas-style oddballs to liven up the tale. Crider fans will welcome this as eagerly as past entries.