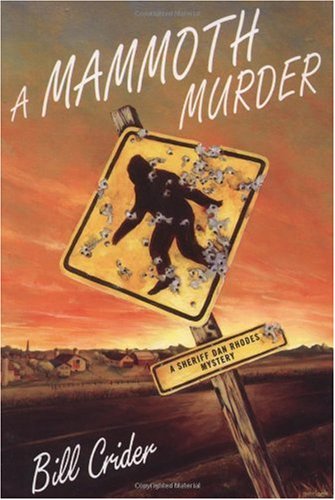 Brisk and funny dialogue propels Crider's diverting 13th mystery to feature Texas Sheriff Dan Rhodes (after 2003's ). When a dead body turns up in a Blacklin County forest better known for its bigfoot sightings, Rhodes hopes the murderer won't be as hard to catch as the legendary monster itself. One morning, town character Bud Turley alerts the sheriff that he's found bigfoot's tooth in a patch of woods notable mainly for its feral pigs—and for a local boy having disappeared there years back. When the fossil tooth proves to be that of a mammoth, Rhodes isn't surprised, but when the corpse turns out to be Turley's best friend—and when another murder takes place nearby, not long after—things really get complicated. Turley, meanwhile, has already summoned amateur bigfoot investigators nationwide to come to Blacklin County to investigate. Fans and newcomers alike will enjoy this playful romp with a Texas drawl.