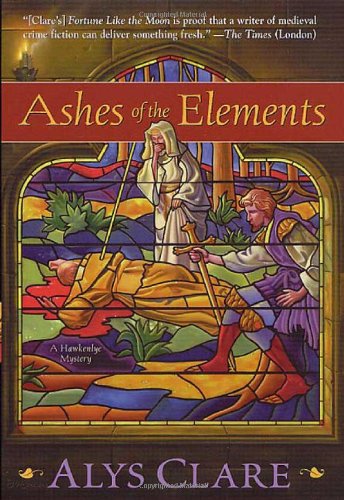 ASHES OF THE ELEMENTS

Following the success of 2000's , British author Clare shows in this sequel why many consider her a worthy successor to Ellis Peters. One summer night in the Wealden Forest, an expertly thrown spear with a well-chiseled flint point pierces the heart of a poacher. Abbess Helewise of neighboring Hawkenlye Abbey sends for the sheriff, who dismisses the murder as the work of the "Wild People," a strange band of wanderers who come to the forest every June, according to local lore. The abbess thinks the sheriff a fool, but until the arrival of her friend, enlightened knight Sir Josse d'Acquin, she must remain content with the official version of events. Determined to discover what really happened that night, Sir Josse finds evidence that the murdered man and his cohorts had more to poach than small game, and that life in the forest and life in the abbey are not as separate as they may seem. A missing novice and a second body deepen the mystery. Sir Josse's respect for the abbess's intelligence and integrity is just one of his charms, while the struggle both characters go through to reconcile their religious convictions with the superstitions surrounding the night forest adds more than usual interest. Those expecting naughty nuns and frolicsome friars will be disappointed. Clare's intricate, satisfying plot and her wide array of well-drawn minor characters help put her at the forefront of the medieval mystery field.