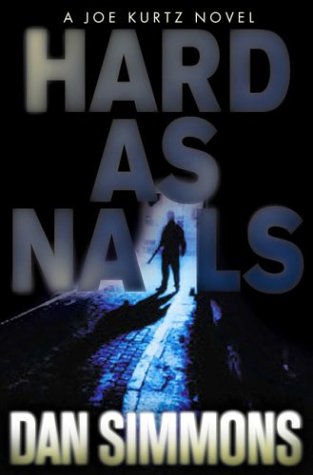 After last year's well-received , Simmons stumbles with this disappointing mishmash, the latest entry in his series featuring ex-con-turned-PI Joe Kurtz. The book opens promisingly enough with a (literal) bang: "On the day he was shot in the head, things were going strangely well for Joe Kurtz.... Later, he told himself that he should have known that the universe was getting ready to readjust its balance of pain at his expense." The shooting leaves Kurtz with the headache of a lifetime and a female probation officer on life support. As if that weren't enough, Kurtz has to deal with Toma Gonzaga, the gay don who owes him a debt—in blood. On top of that, someone is killing heroin addicts in Buffalo and hauling away the bodies. And on top of that, a serial killer known as the Artful Dodger (why do fictional serial killers always have colorful names?) launches a bizarre plot. There's more, much more, leading to a climax that's well-nigh incomprehensible. Any one, or two, of these plots would have made for a suspenseful mystery. Why Simmons insists on cramming them all into a 288-page novel is a mystery in itself. Surely he can't lack the courage of his fictional convictions? Unfortunately, it seems that way, and with so much going on, the novel lapses into a welter of absurdities. One can only hope for better things from this talented writer—and Joe Kurtz—in the future.