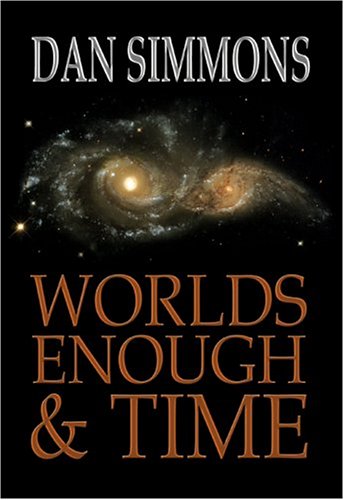 As in his last collection, (1993), the chameleonic Simmons shifts effortlessly between dark fantasy, space opera, hard SF and mainstream fiction, offering five high-concept novellas in which parallel plots and colliding lives yield intricately layered and emotionally resonant narratives. In "Looking for Kelly Dahl," a self-pitying alcoholic teacher finds salvation when he is absorbed into a fantasy world of unsullied nature conjured by a sexually abused student. "On K2 with Kanakaredes" distills a potent study of universal values from an account of a team of mountain climbers—three human and one extraterrestrial—struggling together to scale a formidable peak. Occasionally the stories can seem too consciously didactic, as in "The Ninth of Av," which depends on a strained analogy between Scott's failed polar expedition and an episode of future genocide, and "Orphans of the Helix," a vividly detailed but surprisingly dramaless extension of the author's landmark Hyperion/Endymion saga. But the author's lapidary prose and ambitious ideas more often mesh seamlessly, as in "The End of Gravity," where he turns a fleshed-out treatment for an as-yet-unproduced film about humanity's place in the cosmic scheme into a mesmerizing meditation with the intensity of a prose poem. Simmons's readers know to expect literate and illuminating fiction that pushes the envelope of his chosen story forms, and this volume will not disappoint them.