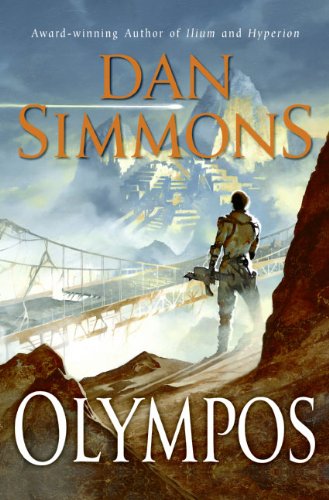 Drawing from Homer's , Shakespeare's and the work of several 19th-century poets, Simmons achieves another triumph in this majestic, if convoluted, sequel to his much-praised (2003). Posthumans masquerading as the Greek gods and living on Mars travel back and forth through time and alternate universes to interfere in the real Trojan War, employing a resurrected late 20th-century classics professor, Thomas Hockenberry, as their tool. Meanwhile, the last remaining old-style human beings on a far-future Earth must struggle for survival against a variety of hostile forces. Superhuman entities with names like Prospero, Caliban and Ariel lay complex plots, using human beings as game pieces. From the outer solar system, an advanced race of semiorganic Artificial Intelligences, called moravecs, observe Earth and Mars in consternation, trying to make sense of the situation, hoping to shift the balance of power before out-of-control quantum forces destroy everything. This is powerful stuff, rich in both high-tech sense of wonder and literary allusions, but Simmons is in complete control of his material as half a dozen baroque plot lines smoothly converge on a rousing and highly satisfying conclusion.