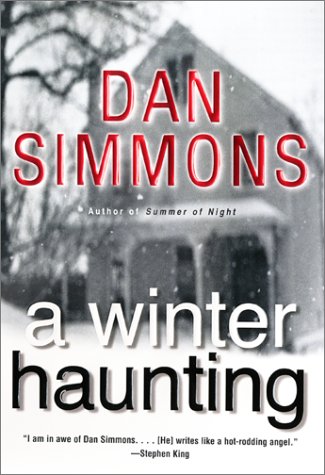 The old saw "You can't go home again" is a chilling understatement for this highly effective supernatural shocker, Simmons's first horror novel since (1994) and a sequel to (1991). The latter was an eerie chronicle of a summer of lost innocence for a group of preadolescent chums who confront an entity of irrepressible evil in rural Elm Haven, Ill. Four decades later Dale Stewart, a survivor of that summer, has returned to endure a winter of adult discontent: his wife has left him, his sideline career as a novelist is sputtering and a disastrous love affair has driven him to attempt suicide. Medicated to the gills for depression, Dale seeks inspiration for his next novel in a house that figured in events of the summer of 1960. But remnants of the old malign influence have survived and they manifest as vicious spectral dogs, threatening neo-Nazi punks, cryptic messages that appear magically on his computer screen and delusions that suggest he's losing his mind. Simmons orchestrates his story's weird events craftily, introducing them as unremarkable details that only gradually show their dark side. In a nod to Henry James, whose psychological ghost story "The Jolly Corner" is repeatedly invoked, he blends jaw-dropping revelations of spiritual intrusion with carefully manipulated challenges to the reader's confidence in Dale's faculties and motivations. Though it features its share of palpable things that go bump in the night, this novel is most unsettling in its portrait of personal demons of despair that imperceptibly empower them.