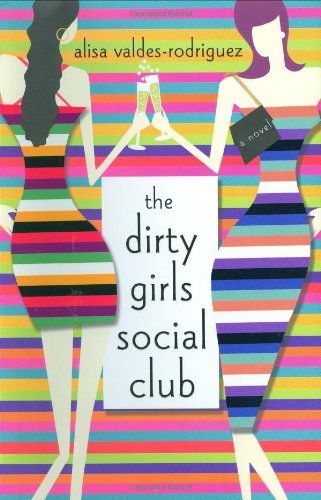 Valdes-Rodriguez's debut novel delivers on the promise of its sexy title, offering six lively, irreverent characters: the ("dirty girls" in Spanish), who have been friends since college and get together twice a year to catch up. The book opens at just such a meeting, six years after they've graduated from Boston University, and takes us through an eventful year in their late 20-something lives. This diverse group of women defies stereotypes. There's reserved, conservative Rebecca, founder and editor of a magazine for Latina women, whose marriage to a preppy, Marxist theory-spouting academic is on the rocks; Sara, a full-time mom in Brookline, from a rich Cuban-Jewish family and married to an abusive husband; Usnavys, ambitious and entertainingly materialistic, who's an executive with United Way; Amber, a struggling singer and guitarist; Elizabeth, host of a Boston morning TV show and a born-again Christian; and Lauren, a feisty, hard-drinking newspaper columnist, half Cuban and "half white trash." The book addresses serious questions—prejudice, the difficulty of winning respect from Latino men—but balances them with enough budding (and dying) romances and descriptions of clothing and decor to satisfy any chick lit fan. The lively, humorous writing is peppered with Spanglish and attitude (watching Usnavys approach their meeting place, Lauren says, "Look at her. She just slid up to the curb out front in her silver BMW sedan.... She's on her cell phone. Wait, take two: She's on her cell phone. It gets smaller every time I see her. Or maybe she gets bigger, I can't tell. Girl loves her food.") This is a fun, irresistible debut.