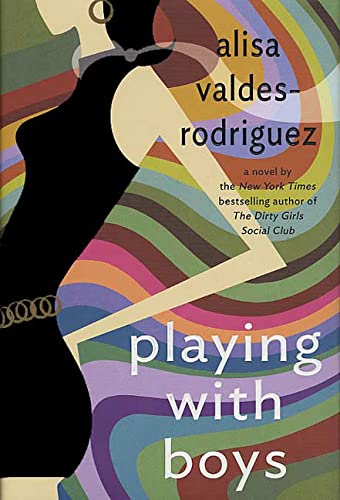 Three very different Latina women vow to bring Los Angeles to its collective knees in this funny, guilty pleasure of a novel, which bears some resemblance to its author's previous hit, . Dallas-born talent agent Alexis Lopez is trying to break her fellow Meximericans, a band called Los Chimpances del Norte, into the big-time spotlight, but she's also looking for new blood. Enter Marcella Gauthier Bosch, a half-French bad-girl actress, once a star of Spanish-language soap operas and now aching for a mainstream movie career that doesn't involve being cast as a maid or a hooker. All she needs is a serious, Latina-focused script—and that's where Olivia Reyes comes in. The shy, dowdy stay-at-home mom is still traumatized by the memory of seeing her father gunned down by Salvadoran soldiers. But she also has a serious, autobiographical screenplay, and Alexis convinces her to let Alexis show it around—with the idea that Marcella will be perfect as Soledad, Olivia's mother. Complications abound, of course—there's Olivia's cheating husband, Marcella's disdain for men in general and a Cuban rap star who seems determined to break Alexis's heart—but so do the laughs. There's Alexis's middle-aged white ex-boyfriend who thinks he's a teenage gangsta, Marcella's latent-goth suitor and the good ol' hard-drinking, beer-gutted, coke-addled Mexican boys of Los Chimpances del Norte. While the action is slow and the novel repetitive in places—Alexis turns whining about her small breasts into an art form—this is a funny, heartfelt piece of escapism, Latina-style.