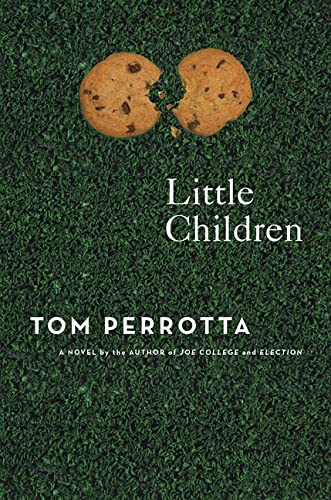 The characters in this intelligent, absorbing tale of suburban angst are constrained and defined by their relationship to children. There's Sarah, an erstwhile bisexual feminist who finds herself an unhappy mother and wife to a branding consultant addicted to Internet porn. There's Todd, a handsome ex-jock and stay-at-home dad known to neighborhood housewives as the Prom King, who finds in house-husbandry and reveries about his teenage glory days a comforting alternative to his wife's demands that he pass the bar and get on with a law career. There's Mary Ann, an uptight supermom who schedules sex with her husband every Tuesday at nine and already has her well-drilled four-year-old on the inside track to Harvard. And there's Ronnie, a pedophile whose return from prison throws the school district into an uproar, and his mother, May, who still harbors hopes that her son will turn out well after all. In the midst of this universe of mild to fulminating family dysfunction, Sarah and Todd drift into an affair that recaptures the passion of adolescence, that fleeting liminal period of freedom and possibility between the dutiful rigidities of childhood and parenthood. Perrotta ( ; ; etc.) views his characters with a funny, acute and sympathetic eye, using the well-observed antics of preschoolers as a telling backdrop to their parents' botched transitions into adulthood. Once again, he proves himself an expert at exploring the roiling psychological depths beneath the placid surface of suburbia.