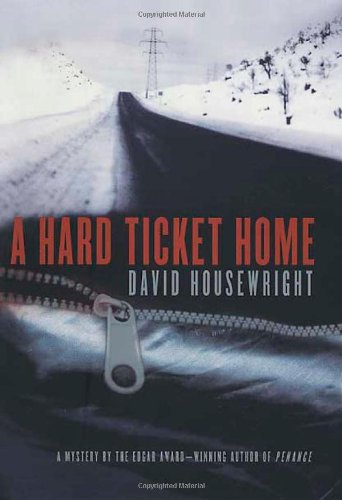 Housewright's first mystery series (for which he won an Edgar) about Holland Taylor, a former St. Paul cop who became a smart-talking private eye, trickled out after three books. His new series is about Rushmore McKenzie, a former St. Paul cop who becomes a smart-talking (albeit unlicensed) private eye. What makes them different? Not all that much. The earlier series was perhaps a bit harder-edged: Taylor left the force after he was accused of murdering the drunk driver who killed his wife and child, while McKenzie's motives for going private involve a sudden cash windfall when he captures a wanted swindler. And many chuckles are generated by McKenzie's first name (he was conceived on a trip to Mt. Rushmore), which is why he prefers to be called Mac. But basically McKenzie is the same kind of genial doofus his predecessor was, a true son of Spenser who tells us in great detail about every Pig's Eye beer he drinks and every opera record he plays. The author has a sharp, bouncy prose style, and his story—about Mac's search for a friend's long-missing daughter who can possibly be a bone marrow donor for her younger sister—has some touching and exciting moments. But Housewright has been shopping for interesting character traits at the same store for too long, and there's nothing here to show that a series about McKenzie will be any different—or any more successful—than the one about Taylor.