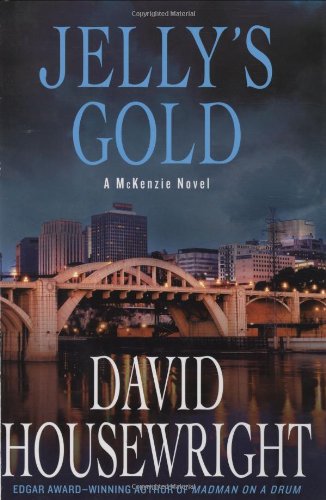 In Edgar-winner Housewright's enjoyable sixth novel to feature PI Rushmore â€œMacâ€ McKenzie (after 2008's ), graduate student Ivy Flynn, last seen in 2005's , and her new boyfriend believe gold from a 1933 bank robbery engineered by Frank â€œJellyâ€ Nash is still hidden somewhere in St. Paul, Minn. When Mac agrees to investigate, it becomes apparent others are after the same pot of gold, now worth at least $8 million. The searchers consult historical archives and private letters, interview descendants of crooks and bigwigs, and even manage to locate one ancient ex-con who knew Nash. Readers get a dual treat as the likable Mac deals with a parade of present-day sharpies and gold hunters, while Housewright retells the story of the wholesale corruption that for decades made St. Paul a playground for a who's who of gangsters, including John Dillinger, Baby Face Nelson and others who hobnobbed with St. Paul's upper crust.