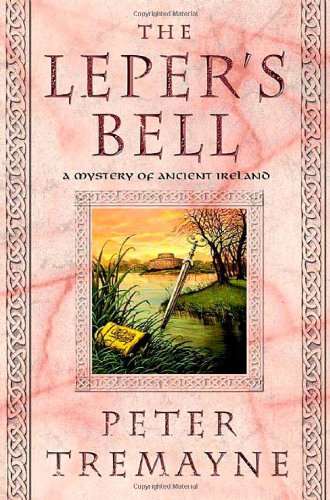 The Leper's Bell: A Mystery of Ancient Ireland

In the pseudonymous Tremayne's intriguing 15th Irish historical (after 2005's ), Fidelma of Cashel suffers a terrible personal loss. On returning in the fall of A.D. 667 to the castle of her brother, Colgú, who's the king of Muman, Fidelma discovers that her baby son's nurse has been murdered and her son has disappeared. She and Brother Eadulf, her partner in a trial marriage, become involved in a complex plot involving palace politics and hostile tribes, frightening captures and hair-raising escapes. The diverse supporting cast includes warriors and woodsmen, bishops and apothecaries, dwarfs and lepers. Despite some clunky prose, the author, an authority on ancient Celtic culture under his real name of Peter Berresford Ellis, once again brings the people and customs of seventh-century Ireland to vivid life.