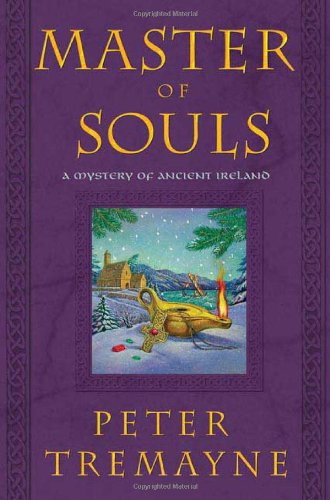 Master of Souls: A Mystery of Ancient Ireland

Set in A.D. 668, the pseudonymous Tremayne's pitch-perfect 16th mystery to feature Fidelma of Cashel (after 2005's ) takes some diverting detours into politics, monastic life, the importance of bloodlines and the working of civil law vs. the emerging power of the Roman Catholic church. Fidelma, a (or advocate of the law courts), follows a difficult path in an effort to solve the murder of Abbess Faife of Fhearta Abbey and the abduction of six novices in the abbess's charge. The subsequent bludgeoning death of Cináed, an elderly scholar in residence at the abbey, and the wrecking of a ship on the west Irish coast complicate her task. Once again, Tremayne, the author of many books on the ancient Celts under his real name of Peter Berresford Ellis, transports the reader to an unfamiliar time and place with a sure scholarly touch.